I updated from v5.1.34 to v5.1.42, then an existing account could not login so I tried to REMOVE user but i got an error 412: Invalid Password when I didnt get the option to enter my admin password

so I used DELETE to remove the user, then I get to enter password…so I am able to remove user.

now I re-add the user same email address, I was expecting to create a password for this user but none. Rather, an email was sent to user to CONFIRM EMAIL ADDRESS, I clicked that link, hopping it will ask me to set a password but nothing.

I have noticed, UPDATING or UPGRADING from one version to the other is a matter of replacing the existing files in the document root of the invoice app, and THEN IT GOES BUT INITIATL SETUP AGAIN…asking for database user etc…Shouldn’t updates/upgrades just stay active without having to act like A FRESH NEW INSTALL…

for me, I use the same database credentials as the previous/existing version…and then at the last stage where form asks to creat admin user name and paswrd, I intentionally put same email and a different password from the existing version…when its done and I go to login…the new passwrd i put does not work, the old password works…so now i know most of the settings from the old version still there because it same database, therefore existing user account looses its password and then you are forced to remove that user, re-add same user and cant get to set a passwrd again.

Please when are you adding Canadian banks to the list of payment gateway?? We cant benefit from it without out banks added. CIBC, BANK OF MONTREAL, SCOTTIA BANK, TD CANADA BANK, ROYAL BANK etc.

also, can you please add a salutation option to the CLIENT FORM so we get like MR. JOHN SMITH.

QUESTION: Can we update without having to go through the initial start like its a new install?

Can you also ALLOW THE OPTION for a admin to ASSIGN multiple company account to a specific user…or I can add same user to the intended company accounts?

can you exclude extra zeros from being added to item’s QUANTITY figure…once you put 3 as quantity on invoice, it becomes 3.00

and can there a 2nd level of authority where by I assign a user to edit stuff, user can change an amount on an existing invoice or like a discount and after saving changes, it needs approval from main admin

A PAID INVOICE doesn’t get SENT to the client with “PAID”…or when you want to download and save as pdf, it doesnt STATE or show “PAID” just as it says PAID in the backend

You can use a custom client field for a salutation.

One user can be added to multiple companies.

thank you sir. Now, when a user is deleted / removed from a company, can the user also be removed / deleted from the database automatically. that way, old details regarding that account can be deleted so incase the user needs to be re-added with the same email address, they can receive the email to confirm and set a new passwrd and not be forced to use the previous passwrd because the email is still in the database with old user password.

please any idea when Canadian banks are going to be added to the payment gateways?

would be nice and easy if, after creating a new company, you have the ability to add a user from a list of available or already added users

i sse some people, including myself, experienced error 500 after manual/auto update

Please use our GitHub repo to request new features: 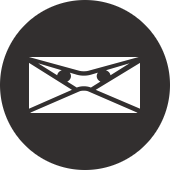 Invoices, Expenses and Tasks built with Laravel and Flutter

Sorry, we aren’t able to provide ETAs for features.

If you can share the details of the error from the logs we can try to help.