Custom fileds - hot to set their names in nvoice as set in settings?

What do you mean, sorry?

I assumed you were using a custom design.

I see the problem, we’ll include a fix with the next version.

I have draft of invoice but if I make changes somehwere in the company details or alike it’s being shown in design/preview but if I want to preview drafted invoice it does not show any changes-have to delete it and make new invoice.
Added address of a client but it is not shown in the draft of the invoice.

Strange but footer is not shown also in PDF 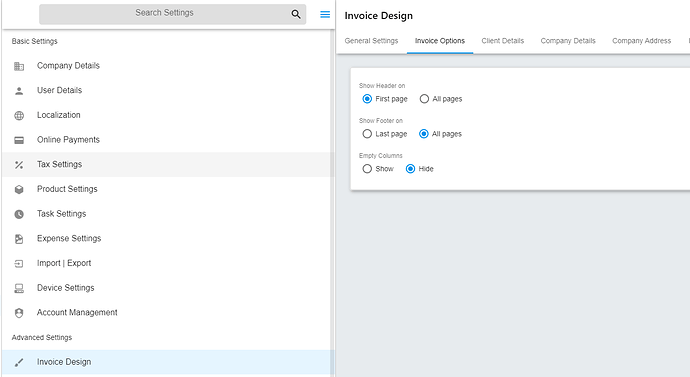 If I want to make in custom design footer to be in the middle how can I do it? Strange but footer is shown in CUSTOMIZE&PREVIEW but is not shown in the actual invoice, even if I make the new invoice.